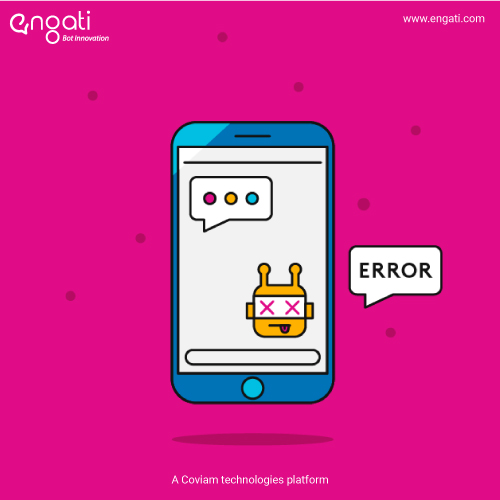 So what really are chatbots?

A chatbot is a service driven by a piece of programming that is powered by rules. In fact, it is ruled increasingly by AI algorithms that you can interact with. The interaction is in a conversational or a menu-driven style using a chat interface.

What do they do?

Chatbots are an intelligent interface to interact with humans, triggering personalized conversations. Chatbots replace websites and menus that are constraining. Why do we consider traditional approaches constraining?

Earlier, we designed traditional approaches to keep in mind the limitations of the technologies at hand. Instead of allowing the user to interact with the system and understanding what the user was looking for in the product or the service, we designed the information outlay to provide for the user. It was like a newspaper of the old. Laid out in sections and enhanced articles more catering to the generic rather than specifically customised for individuals.

Approach and Limitations of the Menu

The approach to information outlay had its limitations since it tried catering to the least common denominators, whereas the People of Interest were for all practical purposes in the Highest common denominators. As technology evolved more and more, personalisation became a must-have to cater to individual tastes and experiences. Old traditional navigation paths tried to do that by offering dynamic and customisable app headers or thematic formats.

These attempts had limited success as they reside reorganising the same information. It is under a priority listing clubbed as customisation or look and feel themes. It does not change the underlying interaction model that the designer had laid out. In fact, it just lets you reorganise the information in the same box as originally planned. Even, it did not allow the experience to change or expand at the individual level.

And it will remain so in the near future. New channels of chatting free format are now becoming more prevalent. The advances in machine learning and AI technologies have allowed for the crafting of conversational interfaces using intelligent chatbots that allow your users to interact for your product and services in a much more natural and conversational style.

At Engati, we enable users to build their own chatbot in 10 mins. The platform is flexible and allows you to make changes at a later stage.

Register with Engati to begin automating your business processes.

No items found.
The menu was the greatest feature of a mobile phone. It was the most charming and attractive feature that was also user-friendly. However, the Menu is dead.
Bot essentials 4: Chatbots, the menu is dead

Bot essentials 5: How do chatbots work – the basic FAQ bot