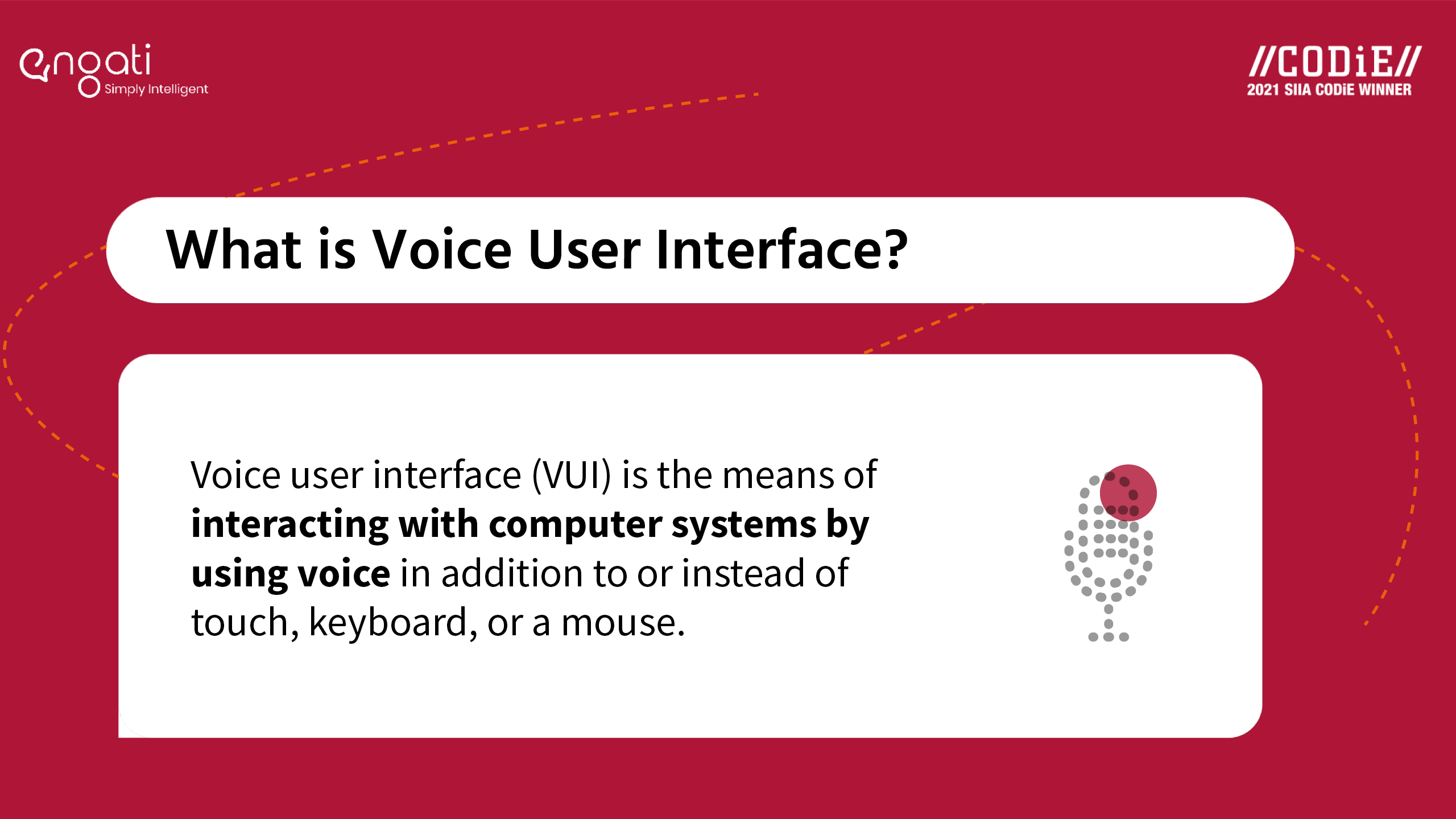 What is Voice User Interface?

Voice user interface (VUI) is the means of interacting and using a computer system such as a mobile application or a website by using voice in addition to or instead of touch, keyboard, or a mouse. It makes spoken human interaction with computers possible, using speech recognition to understand spoken commands and answer questions and type text to speech to play a reply.

In a VUI, there are no visual affordances; so, when looking at a VUI, users have no clear indications of what the interface can do or what their options are. When designing VUI actions, it is thus important that the system clearly states possible interaction options, tells the user what functionality they are using, and limits the amount of information it gives out to an amount that users can remember.

What are the benefits of Voice User Interface?

According to a Standford study, speaking is at least four times faster than typing on a touch screen device. This makes voice a great input method for information-heavy tasks, such as filling complex forms and searching from a large inventory of items.

Even after using dozens of different email clients, finding certain rarely used features such as vacation responder or signature will be somewhat difficult on a new system. The user knows that the feature is somewhere, but it's impossible to know where it is before browsing through many different menus and options.

Voice, on the other hand, is very different. The user can just say something like "change my signature" and they'll find the setting they are looking for immediately. Many cars already benefit from this kind of voice feature and over a third of US driver's license holders use these features monthly.

The designer has to decide the name for the feature and stick with it. Some users will think it's the most natural name for that but some would prefer the other name. This is not the case with voice UIs.

Voice UIs enable the user to focus their attention on another task. This is especially useful when driving a car or a forklift as it improves safety and productivity.

It can also help users multitask inside an application. For example in gaming, players can change a camera or switch weapons without navigating in deep menus.

What are the steps for designing effective Voice User Interface apps?

​​While it’s useful to know how users are generally using voice, it’s important for UX designers to conduct their own user research specific to the VUI app that they’re designing.

User research is about understanding the needs, behaviors, and motivations of the user through observation and feedback. A customer journey map that includes voice as a channel can not only help user experience researchers identify the needs of users at the various stages of engagement, but it can also help them see how and where voice can be a method of interaction.

In the scenario that a customer journey map has yet to be created, the designer should highlight where voice interactions would factor into the user flow (this could be highlighted as an opportunity, a channel, or a touchpoint). If a customer journey map already exists for the business, then designers should see if the user flow can be improved with voice interactions.

For example, if customers are always asking a certain question via social media or live support chat, then maybe that’s a conversation that can be integrated into the voice app.

In short, design should solve problems. What frictions and frustrations do users encounter during a customer journey?

In order to design a voice user interface app, we first need to define the users’ requirements. Aside from creating a customer journey map and conducting competitor analysis (as mentioned above), other research activities such as interviewing and user testing can also be useful.

For VUI design, these written requirements are all the more important since they will encompass most of the design specs for developers. The first step is to capture the different scenarios before turning them into a conversational dialog flow between the user and the voice assistant.

An example user story for the news application could be:

“As a user, I want the voice assistant to read the latest news articles so that I can be updated about what’s happening without having to look at my screen.”

With this user story in mind, we can then design a dialog flow for it.

What to do about your company's leaky bucket 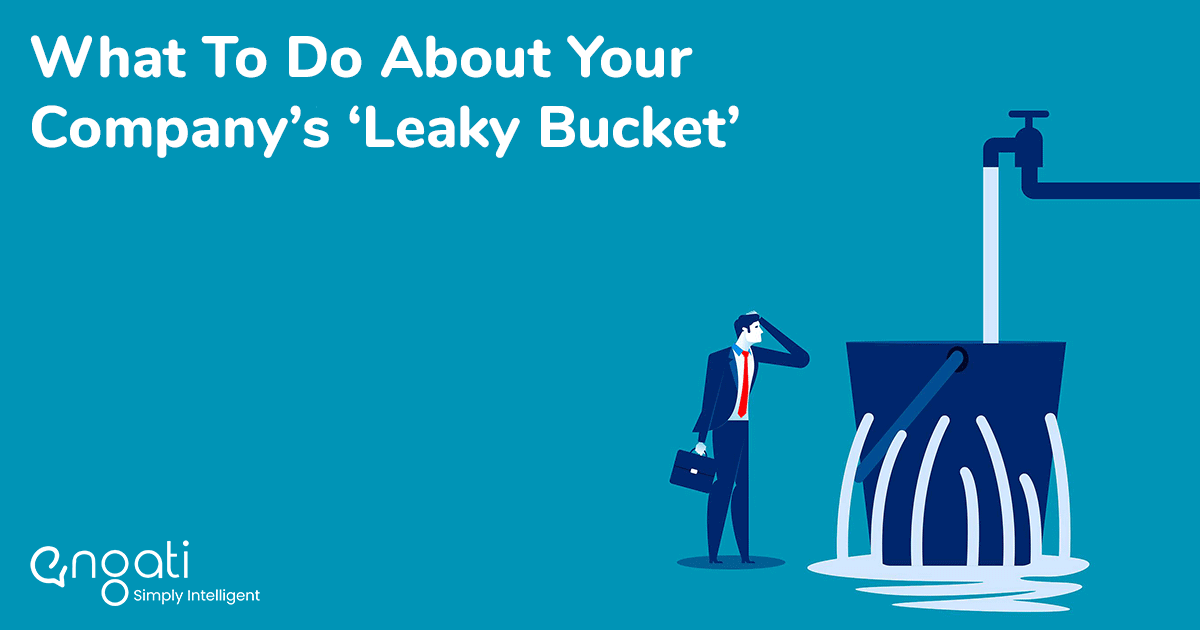