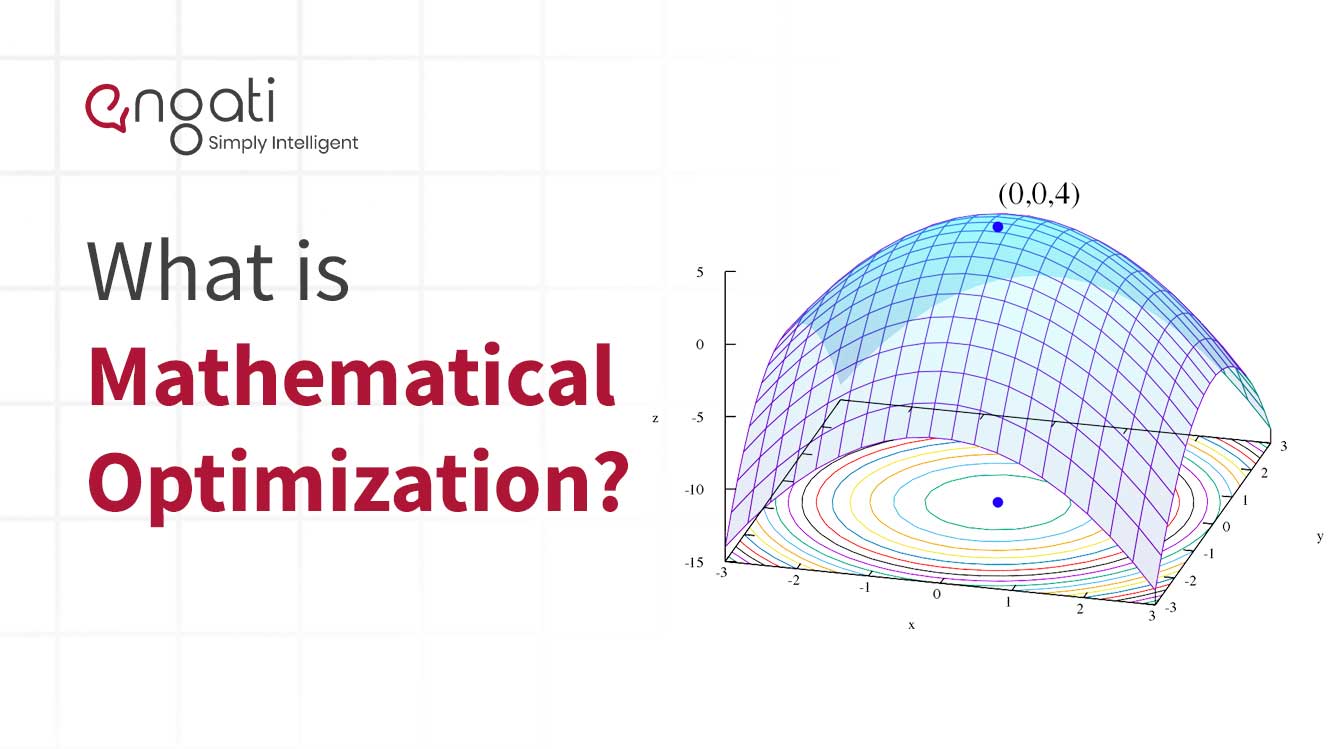 What is mathematical optimization?

Mathematical optimization is the selection of a best element, with regard to some criterion, from some set of available alternatives. Optimization problems of sorts arise in all quantitative disciplines from computer science and engineering to operations research and economics, and the development of solution methods has been of interest in mathematics for centuries.

In the simplest case, an optimization problem consists of maximizing or minimizing a real function by systematically choosing input values from within an allowed set and computing the value of the function. The generalization of optimization theory and techniques to other formulations constitutes a large area of applied mathematics. More generally, optimization includes finding "best available" values of some objective function given a defined domain (or input), including a variety of different types of objective functions and different types of domains.

What is mathematical optimization used for?

Mathematical optimization is an extremely powerful prescriptive analytics technology that enables companies to solve complex business problems and make better use of available resources and data. Mathematical programming allows you to capture the key features of a complex real-world problem as an optimization model. An optimization model is comprised of relevant objectives (business goals), variables (decisions in your control) and constraints (business rules) to recommend a solution that generates the best possible result. A math programming solver is the computational engine that reads the optimization model and then delivers an optimal feasible solution.

Mathematical programming technologies are being used by leading companies, often resulting in tens or even hundreds of millions of dollars in cost savings and revenue. The following are examples of industries and companies using mathematical optimization:

What are 3 main components of mathematical optimization?

Constraints are a set of functional equalities or inequalities that represent physical, economic, technological, legal, ethical, or other restrictions on what numerical values can be assigned to the decision variables. For example, constraints might ensure that no more input is used than is available.

In optimization models we find values for the decision variables that maximize or minimize the objective function and satisfy all constraints.

What are the optimization techniques?

The field of data mining increasingly adapts methods and algorithms from advanced matrix computations, graph theory and optimization. In these methods, the data is described using matrix representations (graphs are represented by their adjacency matrices) and the data mining problem is formulated as an optimization problem with matrix variables. With these, the data mining task becomes a process of minimizing or maximizing a desired objective function of matrix variables.

Prominent examples include spectral clustering, matrix factorization, tensor analysis, and regularizations. These matrix-formulated optimization-centric methodologies are rapidly evolving into a popular research area for solving challenging data mining problems. These methods are amenable to vigorous analysis and benefit from the well-established knowledge in linear algebra, graph theory, and optimization accumulated through centuries. They are also simple to implement and easy to understand, in comparison with probabilistic, information-theoretic, and other methods. In addition, they are well-suited to parallel and distributed processing for solving large scale problems. Last but not the least, these methodologies are quite flexible and they can be used to formulate a large number of data mining tasks.

What is optimization and its types?

3. None, One or Many Objectives

Most mathematical optimization problems have a single objective function, however, there are interesting cases when optimization problems have no objective function or multiple objective functions. Feasibility problems are problems in which the goal is to find values for the variables that satisfy the constraints of a model with no particular objective to optimize. Complementarity problems are pervasive in engineering and economics. The goal is to find a solution that satisfies the complementarity conditions. Multi-objective optimization problems arise in many fields, such as engineering, economics, and logistics, when optimal decisions need to be taken in the presence of trade-offs between two or more conflicting objectives. For example, developing a new component might involve minimizing weight while maximizing strength or choosing a portfolio might involve maximizing the expected return while minimizing the risk. In practice, problems with multiple objectives often are reformulated as single objective problems by either forming a weighted combination of the different objectives or by replacing some of the objectives by constraints.

In deterministic optimization, it is assumed that the data for the given problem are known accurately. However, for many actual problems, the data cannot be known accurately for a variety of reasons. The first reason is due to simple measurement error. The second and more fundamental reason is that some data represent information about the future (e. g., product demand or price for a future time period) and simply cannot be known with certainty. In optimization under uncertainty, or stochastic optimization, the uncertainty is incorporated into the model. Robust optimization techniques can be used when the parameters are known only within certain bounds; the goal is to find a solution that is feasible for all data and optimal in some sense. Stochastic optimization models take advantage of the fact that probability distributions governing the data are known or can be estimated; the goal is to find some policy that is feasible for all (or almost all) the possible data instances and optimizes the expected performance of the model. 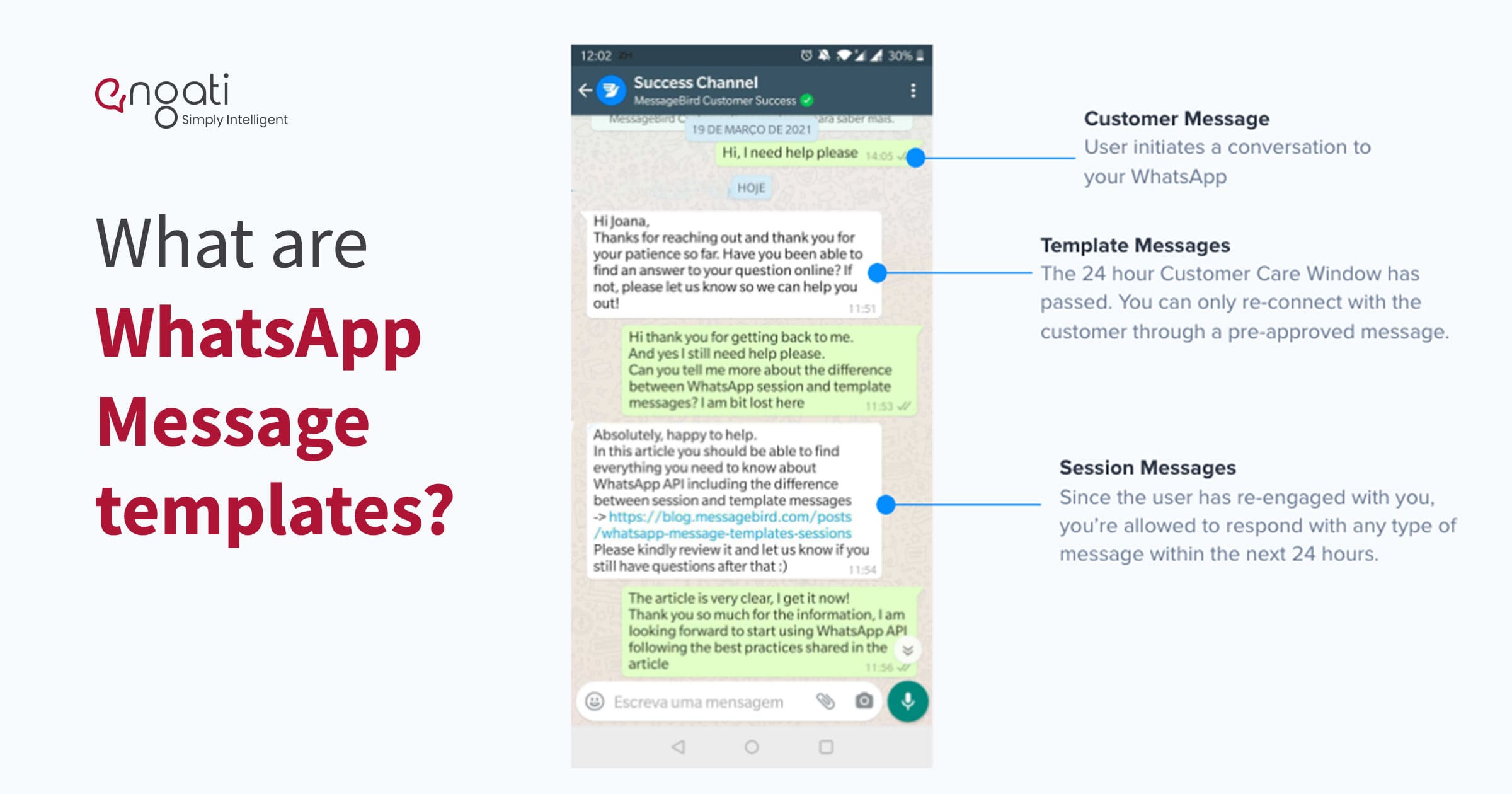