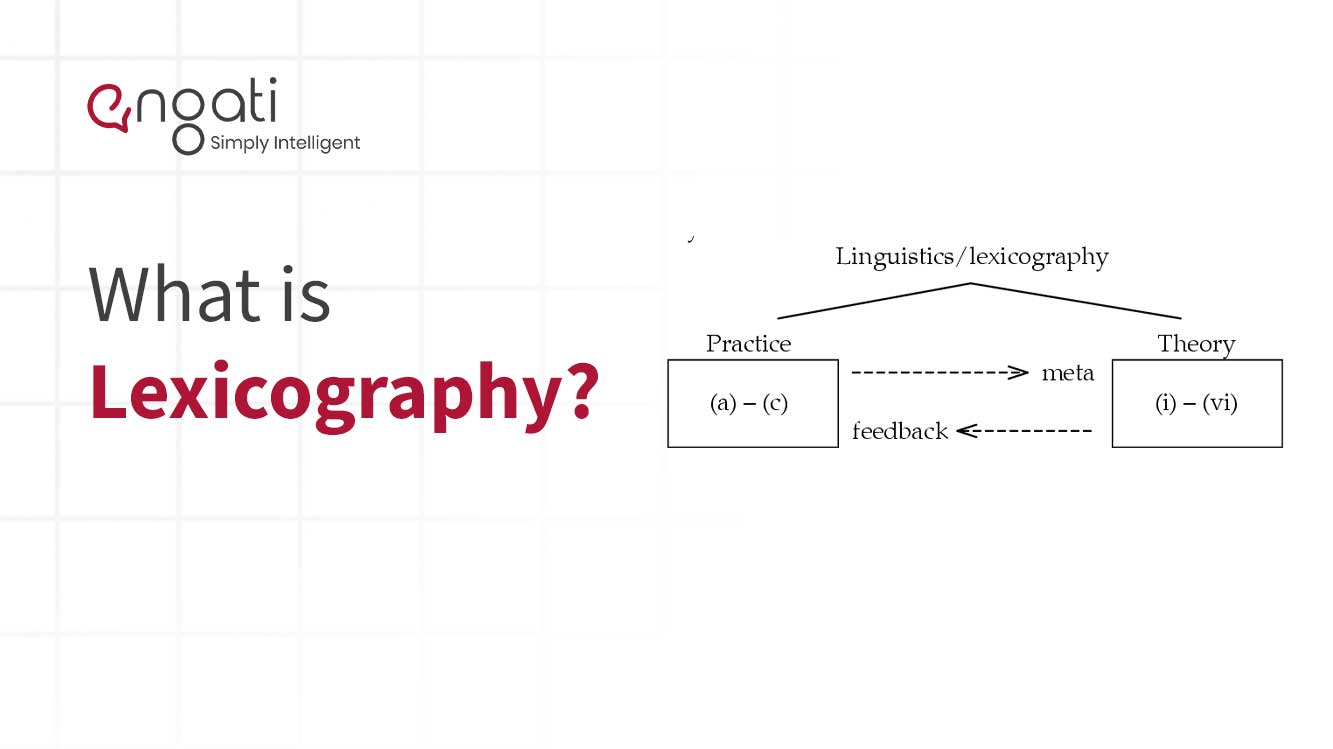 Lexicography is the study of lexicons and is divided into two separate but equally important academic disciplines. Lexicography can also be referred to as the practice of making and editing dictionaries and other reference texts. The lexicographer is the one who must research, organize, define, and compile the words in a dictionary. This takes a lot of time and a lot of detail. For each dictionary entry, there is a definition, a pronunciation, a list of synonyms, an example of the word being used, and even sometimes its etymology (or history of the word's origin). For instance, the word 'lexicography' was created in the late 17th century, from the Greek lexicon meaning 'of words' and grapho meaning 'to inscribe, to write.’

What is the aim of lexicography?

One important goal of lexicography is to keep the lexicographic information costs incurred by dictionary users as low as possible. Nielsen suggests relevant aspects for lexicographers to consider when making dictionaries as they all affect the users' impression and actual use of specific dictionaries.

What are the types of lexicography?

Theoretical lexicography is the scholarly discipline of analyzing and describing the semantic, syntagmatic, and paradigmatic relationships within the lexicon (vocabulary) of a language, developing theories of dictionary components and structures linking the data in dictionaries, the needs for information by users in specific types of situations, and how users may best access the data incorporated in printed and electronic dictionaries. This is sometimes referred to as ‘metalexicography’.

It is now widely accepted that lexicography is a scholarly discipline in its own right and not a sub-branch of applied linguistics, as the chief object of study in lexicography is the dictionary.

Practical lexicographic work involves several activities, and the compilation of well-crafted dictionaries requires careful consideration of all or some of the following aspects:

What is the history of lexicography?

The history of lexicography goes back to Old English where its first traces are found in the form of glosses of religious books with interlinear translation from Latin. Regular bilingual English-Latin dictionaries already existed in the 15th century.

The first unilingual English dictionary, explaining words appeared in 1604. It was "A table alphabetical, containing and teaching the true writing and understanding of hard usual English words borrowed from the Hebrew, Greece, Latin or French". This dictionary of 120 pages explaining about 3000 words was compiled by Robert Cawdrey, a schoolmaster. Robert Cawdrey's Table Alphabetical was the first single-language English dictionary ever published.

The dictionary is extremely vital to the literacy of speakers of a specific language. It is used to look up definitions, spelling, and pronunciation. The dictionary is considered the most accurate and ample resource for information about words.

What is lexicography in Applied Linguistics?

Lexicography is an area of applied linguistics that focuses on the compilation of dictionaries (practical lexicography) as well as on the description of the various types of relations found in the lexicon (theoretical lexicography). It is neither a new science nor a new craft. Historians generally agree that the first dictionaries can be traced back to the explanations of difficult words inserted into Latin manuscripts in the Middle Ages.

These glosses evolved into glossaries which were sorted alphabetically or thematically and came to fulfill a vital function in teaching and the transmission of knowledge. The use of Latin words to explain more difficult Latin ones foreshadowed monolingual dictionaries, with their headwords and definitions, while explanations of hard Latin words in Old English or Old French can be seen as a precursor of modern bilingual dictionaries.

What is the lexicographic rule?