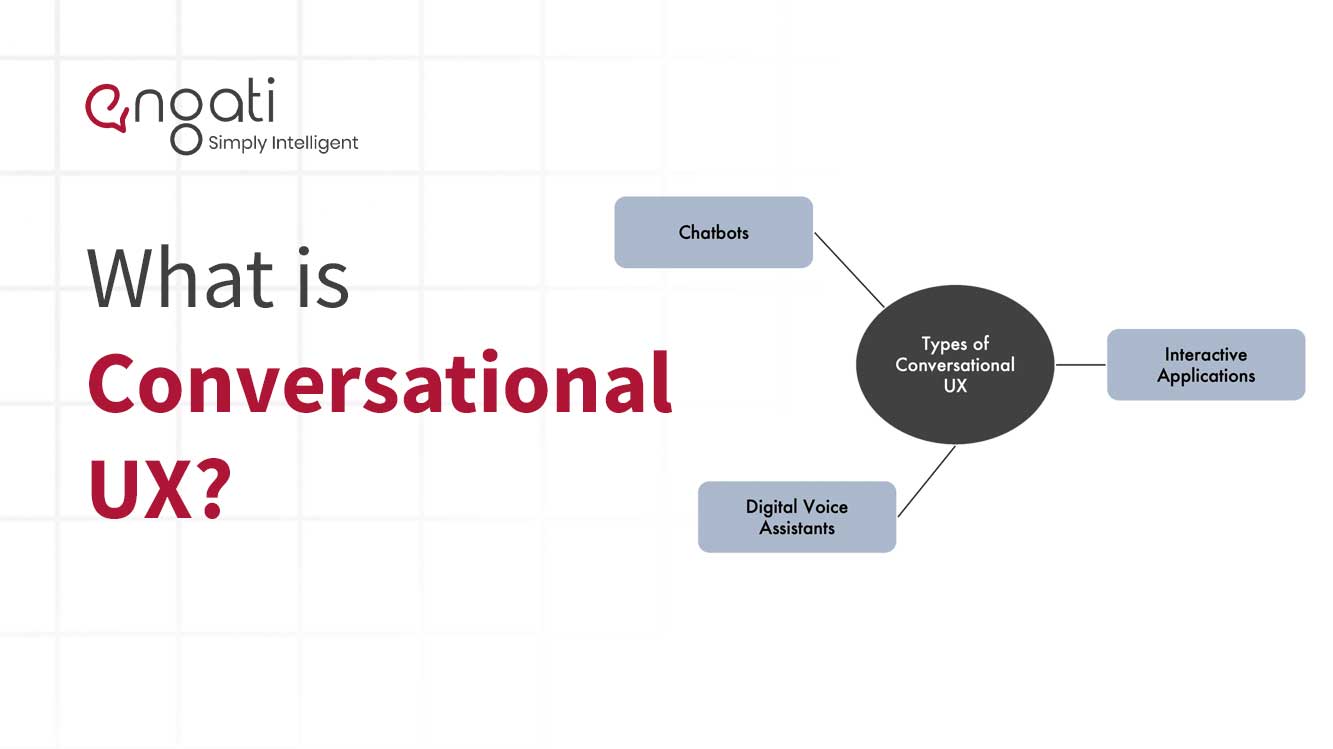 What is conversational UX?

With recent advances in natural language understanding techniques and far-field microphone arrays, natural language interfaces, such as voice assistants and chatbots, are emerging as a popular new way to interact with computers. They have made their way out of the industry research labs and into the pockets, desktops, cars and living rooms of the general public. But although such interfaces recognize bits of natural language, and even voice input, they generally lack conversational competence, or the ability to engage in natural conversation.

Conversational UX design is a way to smooth out the interactions between humans and technology. It involves direct conversations with AI personalities, (Alexa, Google Assistant, Siri, etc.), voice-enabled apps, and various other robotics. The purpose is to make technological interactions easier and feel more natural to humans.

It’s the way a user experiences interactions with a business or a service through an automated conversational interface that learns along the way.

Why conversational UX matters to chatbots?

There are infinite ways to reach the end goal of a user interacting with a chatbot, but which one makes the most sense? Which one is going to make the user feel good about this interaction?

The first is field experience. Building chatbots and seeing what works versus what doesn't and in so doing, gaining knowledge you cannot get elsewhere.

The second is experience in developing artificially intelligent chatbots. As we have seen above, conversational UX has a component of learning into it. The chatbot learns from the interaction with the user and adapts to it. That requires AI.

How to design conversational UX?

1. Create a Conversational Interaction as Natural as Possible

As a conversational UX designer, you must think about the entire conversation, from beginning to end, from the point of view of how the human will experience such interaction with the IPA/chatbot.

The materialization of such perspective translates into the application of conversational practices and structures used by humans into the design of the human-to-machine dialogs.

The design actions you can implement in your solution related to this point are:

2. Think about the Problem that Need to Be Solved

Focus into the final goal that needs to be achieved with the dialog. Are you, for example, designing a multi-modal experience for purchasing clothing items in a online store? Then provide your chatbot the psychological traits of a seller and transfer to the human-to-machine conversation the typical interactive practices belonging to a transactional exchange in the physical store and in the GUI version of the service. Insert all these practices in the new interactive context provided by the voice- or text-based conversational exchange.

3. Define a Persona for the IPA

In Conversational UX Design, creating an adequate persona for the voice service represents an essential decision, so users could socially interact with it in a more effective way.

When humans interact with IPAs and other computer systems, they interpret their agency as a social action. This human psychological elaboration of the machine social capabilities gets even more emphasized in human cognition when conversationally interacting with an IPA/chatbot.

This means that you, as the designer, must pay even more attention to the definition of a proper persona for the interface and its later implementation in the dialog.

4. Provide the IPA with Conversational Memory

Creating both a long and short-term conversational memory for the IPA/chatbot constitutes another fundamental design decision for fostering user's satisfaction.

In order of be fully conversational, your chatbot must be able to remember previous conversations with the user in the same context (the application) and what it has been previously shared in the ongoing exchange.

5. Contextualize Universals in a Natural Fashion

Universals are defined in Conversational UX Design as actions that should be present at every state (main menu, help, goodbye...).

Conversational interfaces and chatbots do not keep these concepts in a strict sense, but it is important to ensure that the user can get help when needed and in a natural conversational fashion, specially when exploring such an innovative way of communicating with the machine as multi-modality represents.

In this sense, when the user encounters interactive multi-modal contexts not explored before (first-time user experiences), you may choose to follow an approach where the machine locally advices the most efficient way (device/channel) of communicating with her.

A powerful new UI for your Engati chatbot

How to craft conversational UI of a Chatbot 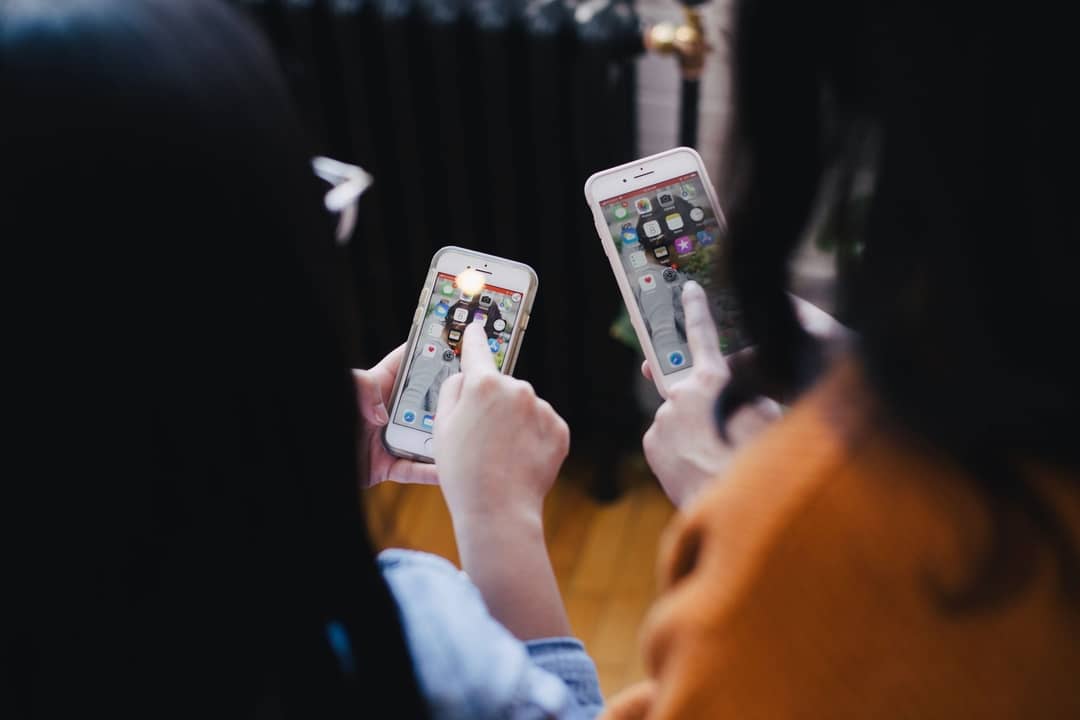 3 companies winning it with conversational commerce 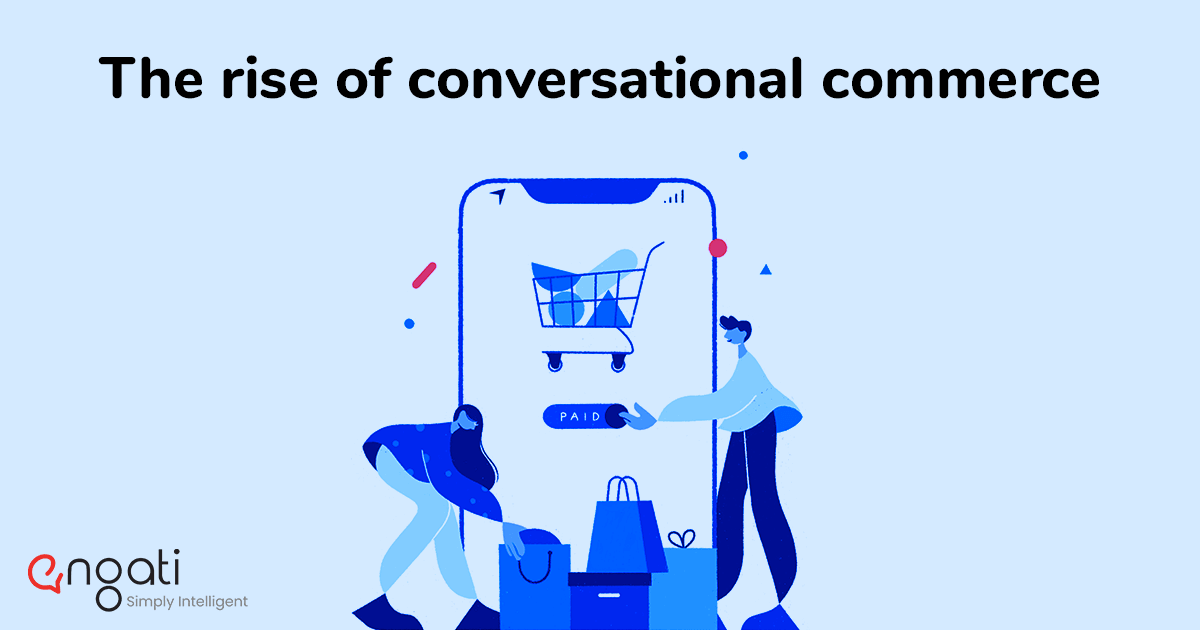