In this episode of Engati CX, we’re joined by Angela Maiers to talk about revolutionizing EdTech.

Angela Maiers is an established leader, entrepreneur, and a keynote speaker. She is the founder of Choose2Matter, a universal movement which has enriched lives with boosting the realization of self-worth of individuals worldwide. She is the author of eight books and a regular contributor to the Huffington Post and is widely recognized as one of most influential voices on social media today, consistently ranking in the top 1%.

Her TedTalks at TEDxDesMoines are viewed hundreds of thousands of times and she has worked with organizations like Apple and Microsoft.

This section will contain a quick summary of our interview with Angela. But, if you’re more of a listener, we’ve got our Spotify podcast embedded below.

Tell us something about the Choose2Matter movement that you initiated. How has it been changing lives?

Angela Maiers comes from a small town in Iowa. She was raised with the philosophy that everyone matters. That we shouldn’t underestimate the contributions of any one member. Everyone is needed and we need each other. The essence of building a powerful community became a part of her DNA. When Angela first went online, she immediately recognized that it’s just a little global town of a trillion people! It operates exactly like a small town, so she made it a point to honour every connection she made. She recognized the value of everyone and enriched it. She recognizes how lucky we are to be in a community.

Angela believes that everyone wants to know that we matter. It’s not just a nice thing driven by ego. At a DNA level, Angela believes everyone has an innate need to be recognized and noticed to know we’re essential. We choose to know who we are, to own that, and to be proud of “your genius,” and we must be willing to share it. That is what defines us as leaders. And that’s the foundation Choose2Matter was built upon.

How has education changed with the evolution of technology? What new developments should we expect to see in the near future?

Teaching is Angela’s core. Her heart and soul are in education. If you can compare the education system from 100 years ago to now. If you were to take into account the consumption, the correction, the conformity, of covering content. And if you were to look at the interaction between students and teachers, and the participating expected from a student.. You’d assume technology would disrupt all of this. But that simply is not the case. As a whole, we’re merely replicating the same practices with a digital device. It’s not as disruptive as it should have been.

It’s almost like someone spray painted the Titanic gold and rearranged its set up. No changes to the interior, no changes in the engine and the functionality. It’s just the same ship, and that’s exactly what’s happening with our education systems. It’s the same education system, covered in the paint of technology.

We need to change our methods of teaching. No one learns that way anymore. Humans have more potential to contribute, to create and serve. And technology would amplify that. With the Coronavirus forcing students to homeschool, Angela’s hoping it will give a chance to showcase incredible platforms like Engati. She understands that this transition is difficult, but it may change perspectives. It may change our opinions on technology and it’ll make us more empathetic and compassionate.

That is what she wants kids and education to experience. To experience growing your potential without the traditional expectations like- consumption, correction, conformity, and content. The expectations that have burdened our system. Our ultimate goal is to make contributions that matters. And Angela thinks the world needs that. And technology will help us reach this goal.

The first thing she says to young people is “you are genius, the world needs your contribution,” and they respond with such enthusiasm. But when she talks to high school kids. When she asks them. “Hey what’s your personal brand? How are you going to use your insight to solve a problem in a way that no one else has? and how are you gonna do that for the world?” They have no idea what to answer. While they excel at knowing they know, they have no idea how to apply it because they don’t know who they are.

If we can’t answer the question “why do we exist?” in this context. We need to rethink a lot of things as educators. Our purpose as educators is to liberate the genius of our children. To understand that we’re developing these kids to be brave. And to train these kids to become brave leaders and learners that the world needs.

She hopes technology will help us discover who we are, who our community is, and how to serve them. She also hopes it will share our genius with each other in creative ways.

Chatbots are being widely implemented in the education sector, what has been your experience with them?

Angela has had both good and bad experiences with Chatbots.

So the other day, Angela wanted to access a government website. She had some questions about the stimulus package. And she kept getting misinformation about it because no one qualified was there to answer. A chatbot would have been the perfect solution. It can be used when you don't have staff. Or when you want to maximize and track the themes of questions but to do it in a context where you really need responsiveness.

In education, Angela doesn’t think we’re there yet. An education chatbot could be helpful with surface-level responses. But there are a lot of issues within this sector that can’t be answered in 1 or 2 word answers.

She has also had experiences where the chatbot was too intrusive.

Angela had signed up for a workout app recently. So she was trying to explore the platform, and she wanted basic information. But she kept getting interrupted by this chatbot who kept asking her irrelevant questions. It had an adverse effect on her because all Angela wanted to do was workout. It didn’t feel human. She didn’t feel like the bot understood her or was listening to her. It’s the equivalent of having a stranger walk up to you in a coffee shop and ask you random questions. So she urges you to be careful and deploy a chatbot that is balanced.

What Angela loves about Engati is that it's so multidimensional with 35000 bots- that gets the diversity of not only the conversation but also the context. And also by saying the words we’re saying and using the words that we’re using.

When it comes to chatbots, it’s not the AI that makes it extraordinary, it’s the ingenuity of the human team. The creative team thinks through context, emotions, the anticipation, the feelings, dreams and desires of that person interacting. And if it can be enhanced with a better chatbot script and quicker responses- then there’s nothing more powerful than the combination of human agents and creativity paired with groundbreaking technology.

Think about the core principle of mattering. We need to be noticed and valued for who we are, and our chatbots should leverage that. We want to hear our names. To know we’re dealing with another person who honours and recognizes the time we’re taking. We want to know we’re being listened to, and honoured, and heard. Or we lose faith in the interaction and Angela thinks that’s worse than waiting online for a human being.

How do you think the young generation is triggering a digital revolution? What can the older, experienced professionals learn from them?

The younger generation is Angela’s hope. This is why we built Choose2matter.

What makes this generation so different  is that we’re the first generation in the history of our world that's grown up in a time where impossible doesn't exist.

Couple this mindset with technology. And technology’s ability to connect us in a way that we've never been connected. We are the world, we are the web. We’re not just using the web. If you couple in these factors, then our generation will be the most unique generation that mankind has ever had. The younger generation knows about the world, versus us who just know about OUR world. They just need to be invited to the table.

Angela Maiers is an established leader, entrepreneur, and a keynote speaker.

She is the founder of Choose2Matter, a universal movement which has enriched lives with boosting the realization of self-worth of individuals worldwide.

She is the author of eight books and a regular contributor to the Huffington Post and is widely recognized as one of most influential voices on social media today, consistently ranking in the top 1%.

Her ted talks at TEDxDesMoines are viewed hundreds of thousands of times and she has worked with organizations like Apple and Microsoft. 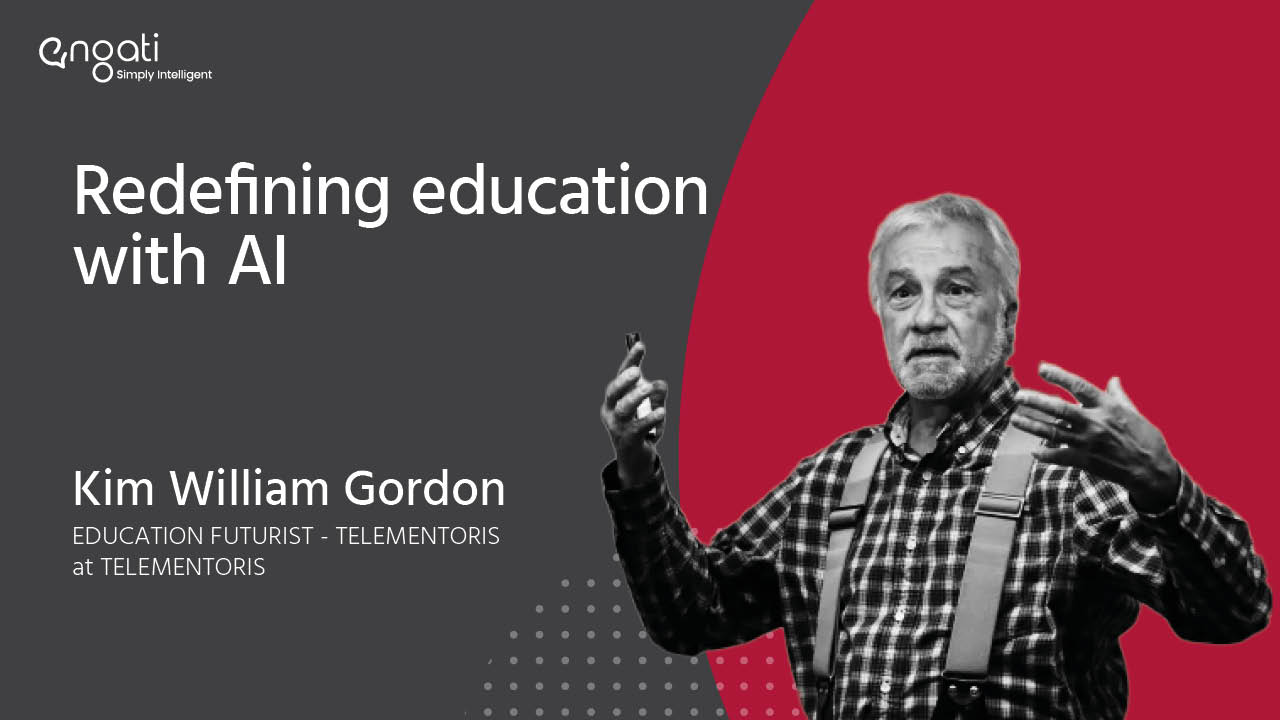 How Podar Education Network is transforming with Engati 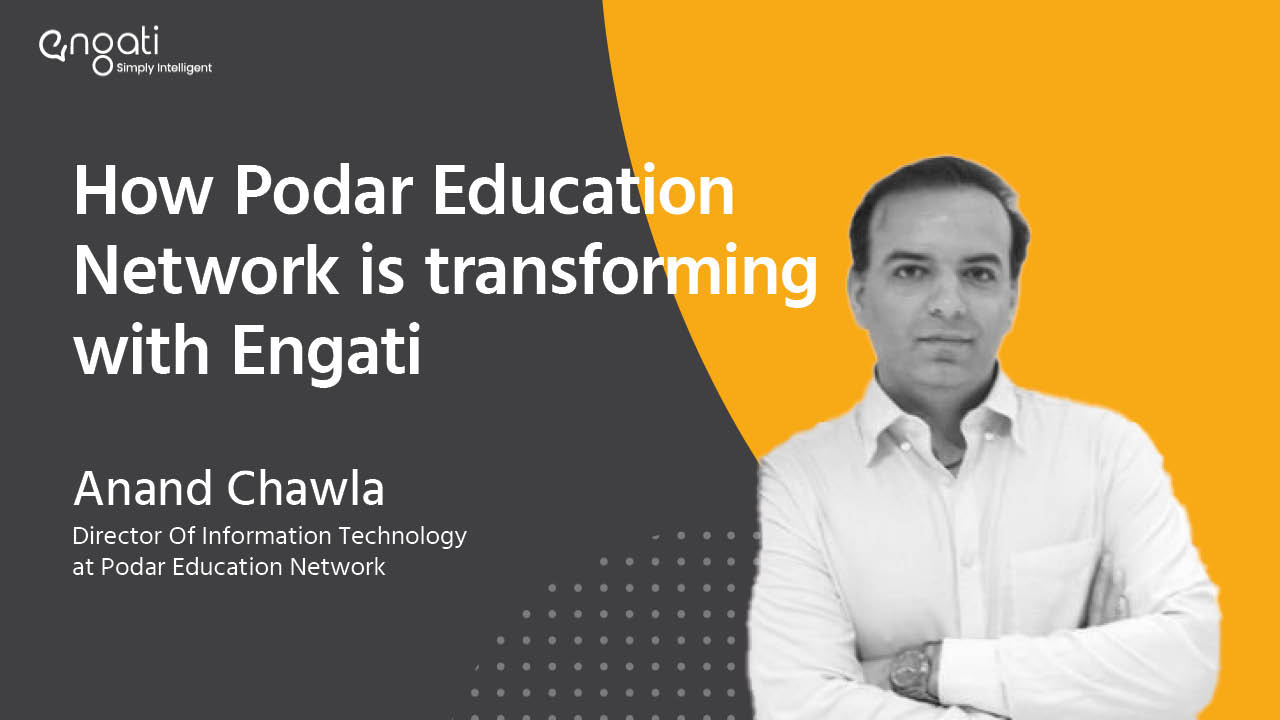 The endless possibilities of EdTech 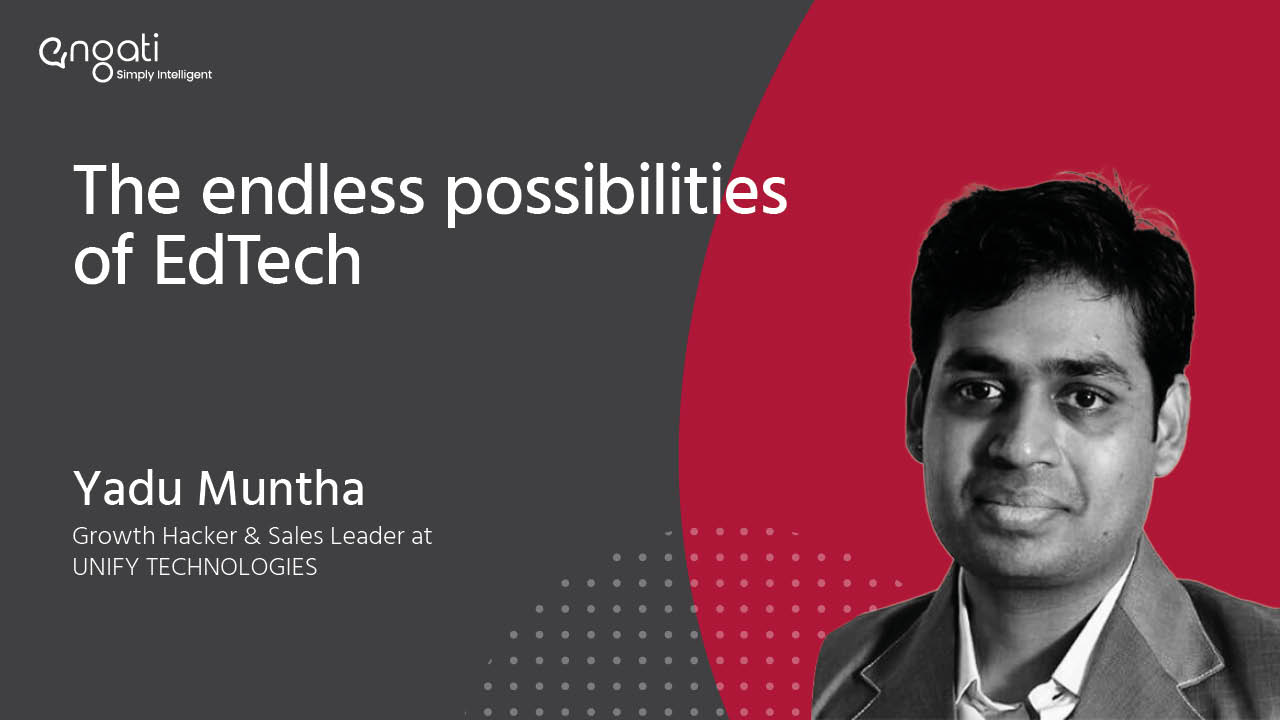