Who are your most valuable customers? 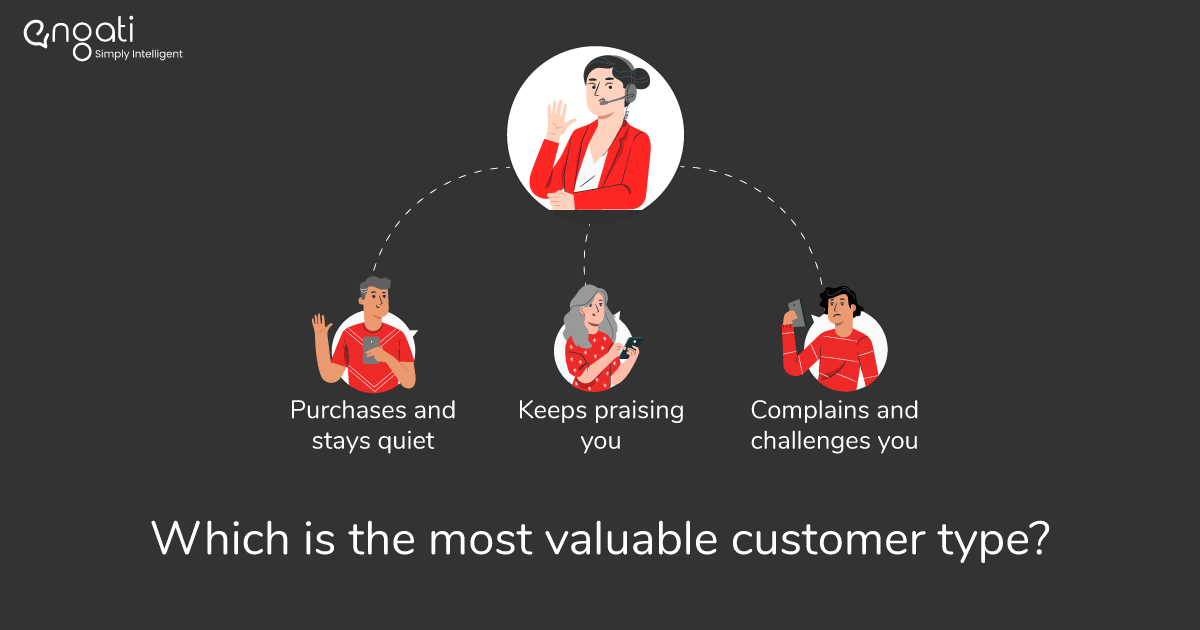 Would you like to work with someone who just buys your product, uses it, and never pesters you again?

Or maybe someone who loves your solution and continuously praises you to the heavens?

Well, as long as it’s not a customer that keeps complaining, right

Customers that complain might very well be your most valuable customers.

I’ll admit it, that does sound a bit counterintuitive. But there’s a strong logic behind this statement.

Most customers won’t bother complaining. When they face an issue, they’ll do the easier thing - leave. They’d rather switch over to your competitors than let you know about their complaints.

In fact, these customers are the ones that will take you forward, into the future.

They’re challenging you. They’re giving you an opportunity to improve. They’re essentially making the effort to show you what issues many of your customers are facing, but don’t want to report. That makes these ‘annoying’ customers invaluable.

What does that mean for you?

Well, that means that you need more customers that tell you how they’re actually feeling. You need customers who’ll say, “Hey, this isn’t working for me,I need you to do better.”.

These customers will force you to innovate. They’ll stop you from being satisfied and complacent. They’ll give you reasons to do things that will get the world to talk about you.

What should you do about this?

According to John Goodman, there are four reasons why customers avoid complaining:

They’re convinced that they’re just wasting their time and getting their hopes up for nothing. Essentially, this means that your customers think that you don’t care enough to solve their problems.

It takes too much effort

Placing a complaint just feels like a chore. Imagine visiting your website to place a complaint and seeing a long, scary form. It almost seems like you’re consciously trying to deter them for complaining.

They don’t know where to complain

They’d like to let you know what problems they’re facing, but can’t seem to find a way to do it. If you don’t show them how to reach you, even the customers who were ready to tell you what you should improve on will simply ditch you for the competition.

These customers are worried that the company might take their complaints negatively and try to take action against them. Maybe they’re concerned about them taking it personally and harassing them. Either way, they’re too scared to actually let you know what issues they’re facing.

How do you encourage customers to complain?

First off, when you’re trying to solicit complaints, try to frame your request positively. Don’t let them think about your organization negatively. Swap the word ‘problems’ for ‘issues’.

Make it clear that you actually care about their issues. Don’t make it seem like a mere formality. Show them that you’ll do your best to solve their problems.

Yes, it’s nice to have a lot of information, but is it absolutely necessary? Even at the cost of the customer not sharing their problems because it takes too much time and energy?

Simplify the process. Reduce the number of fields in the form. Only ask for the information that you absolutely need and make the rest of the fields optional.

Open up more channels of communication

Make it easier for your customers to get in touch with you. Reach them on the channels they are comfortable communicating over.

What if, instead of filling out that long, tedious form on your website, they could just send a WhatsApp message? That make it much easier for them to share their concerns.

Jeff Bezos was right when he said,

“The easier you make it for customers to do something, the more they’ll do it.”

Show your customers that you’ll take the complaints positively and look at them as an opportunity to improve, rather than a reason to get angry.

How should you handle their complaints?

In a world where our attention span is 1 second shorter than that of a goldfish, you don’t want to keep your customers waiting.

Make them wait too long and your customers will, in most cases, decide that it isn’t worth getting their complaints addressed. Simply put, that means that they’re headed towards your competitors.

A live chat system allows your agents to handle mutliple conversations simultaneously. That means you can respond much faster than you could over the phone.

And even when your agents are offline, you can set up an intelligent chatbot to respond to them.

You don’t need to resolve every compliant immediately. Yes, some of them take time to solve. But you should acknowledge their complaints quickly and assure them that you’re working on it.

They really are your most valuable customers. They’ve given you an opportunity to improve your product/service and deserve to be thanked.

As an added benefit, thanking customers who complain will reassure them that you’re committed to creating a better experience for them.

Often you’ll receive a complaint about a surface level problem. You need to dig deeper and ask more questions to find the core, underlying issue.

Don’t just jump to conclusions. Find out what the real problem is and you’ll spare them (and other customers) the effort of having to complain again.

It lets them know that you’re thinkng about them and will make them more likely to talk positively about you.

What if they’re rowdy?

Customers that challenge you are very valuable, but that doesn’t mean you should let them walk all over you. If you have a customer that’s abusive, threatening, or continuously makes outrageous/unreasonable requests, you shouldn’t tolerate them.

In such a situation, make use of Engati Live Chat’s ability to block/ban users. It doesn’t make sense to let these customers threaten, demoralize and waste your agents’ time.

Taking care of your most valuable customers

Engati helps you make sure that your customers are always heard and treated right. Our chatbot and live chat solutions allow your customers to reach you on WhatsApp, Facebook Messenger, and 12 other chat channels, in 50+ languages.

Get started for free today, no credit card required. Sign up here. 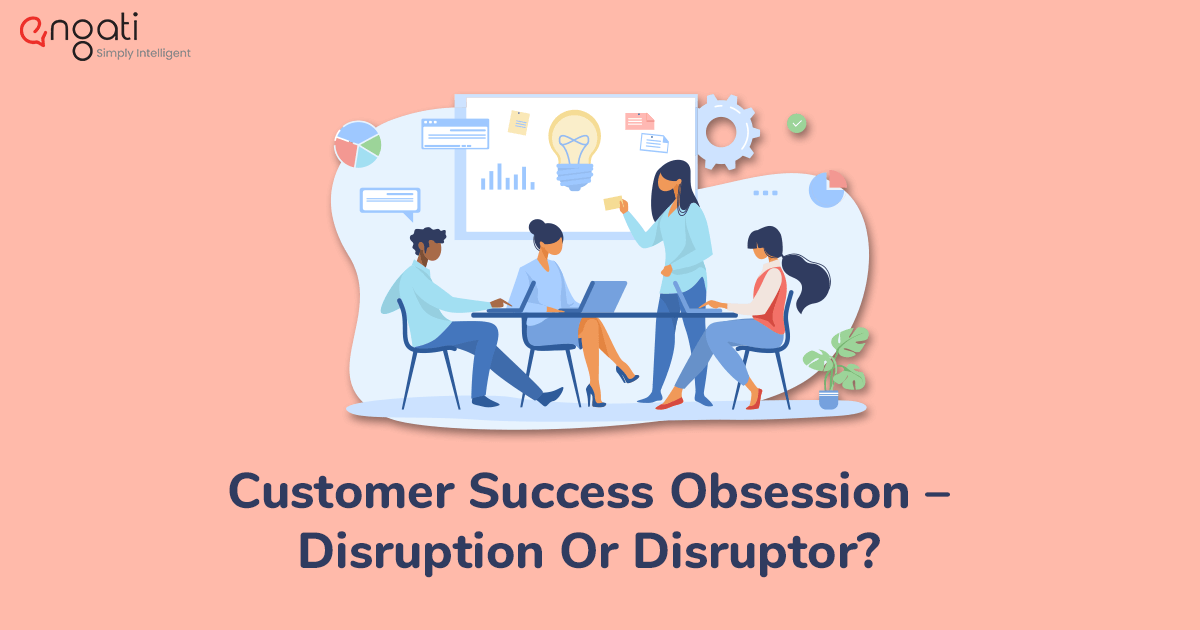 In this pandemic, move how you listen to customers — from asking to understanding 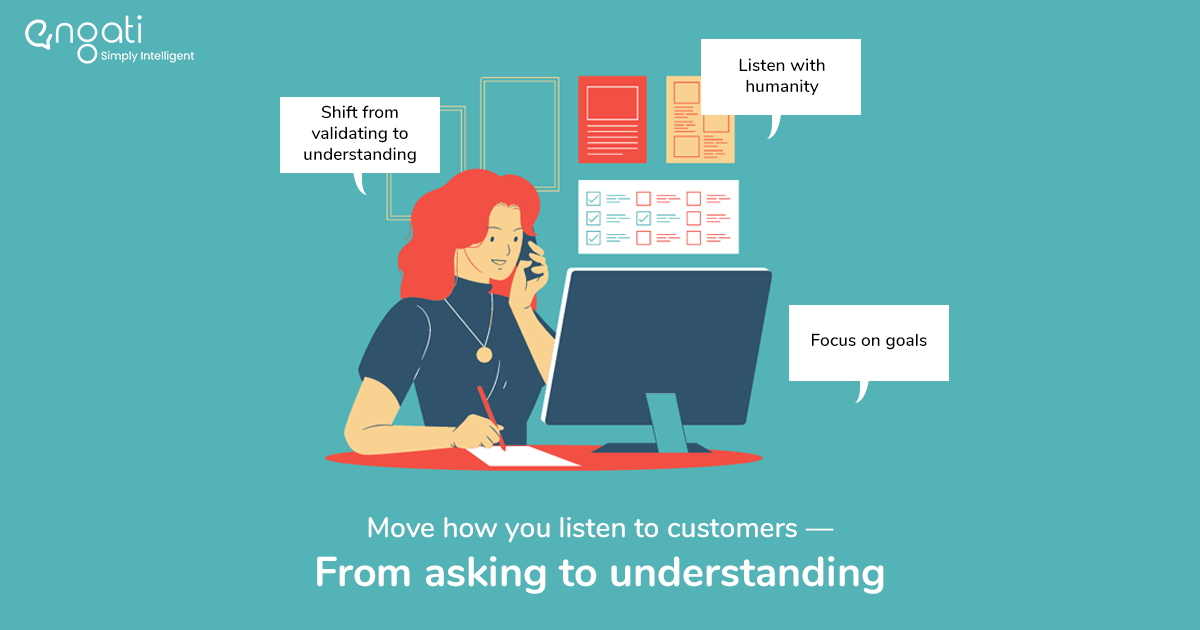 4 ways to create experiences that customers will talk about 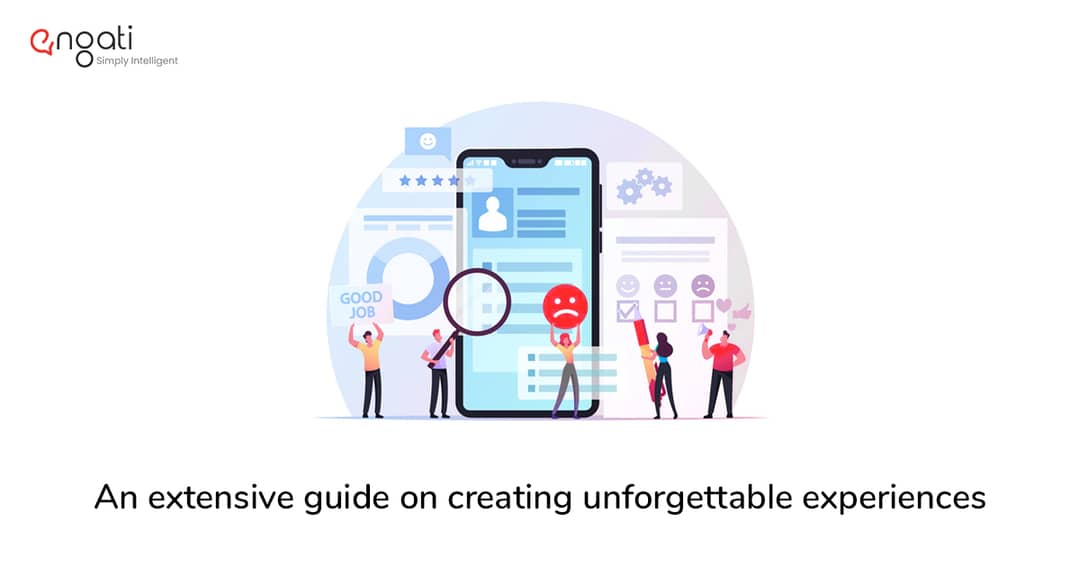