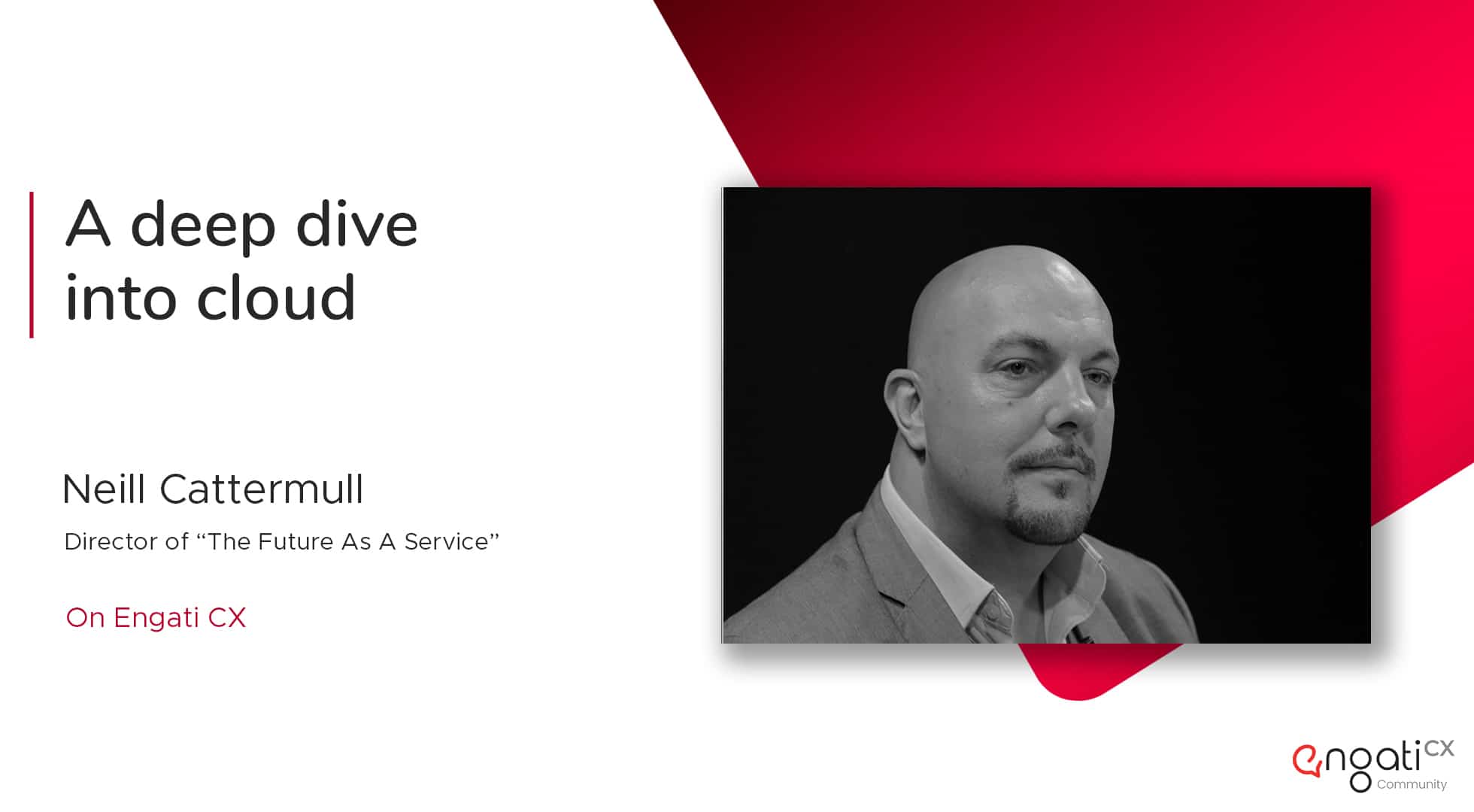 Neil Cattermull, Director at The Future as a Service, takes a seat on Engati CX. He takes us into the future through this discussion.

Video of our interview with Neil Cattermull

We start off discussing how influencers play a role in deciding the pace at which people and businesses adopt new technology. Neil credits his success as an influencer to the fact that he reads a lot and is heavily opinionated.

He has a bit of advice for anyone interested in becoming an influencer themselves. He urges them to keep reading, keep analyzing global situations and keep expressing their opinions. It has to be consistent.

“Read, analyze and air your opinions. The more you do that, the more people will respect you.”

We then went on to discuss the adoption of new technology in banks and even across geographies. He says that countries like France and the Netherlands are quick to adopt new technologies. Even the UK is adopting new technologies rather quickly because the entire situation is quite competitive there.

The shift in focus- from Hardware to Software

Neil even goes on to talk about the shift of focus from hardware to software and that software is evolving rapidly. He says that having new software is now considered to be far more important than having new hardware. Companies are fine with using the same hardware for 3 to 5 years but need to use the latest in software.

He talks about the benefits of using Blockchain and the various domains and spheres in which it could be used, especially in tandem with IoT.

He says that we can even use blockchain to have transparency and see where our food comes from. That means that because of blockchain, we could see greater transparency in supply chains.

The Future as a Service

He also says that technology is going to be moving towards a service model. The future is going to be all about software (and perhaps, even hardware) as a service. But I’ll let you hear that (along with his thoughts on Cloud) in his own words here, in the podcast.

Every industry is beginning to adopt AI and conversational automation. What’s stopping you?

Register with Engati and book your chatbot demo now!

We hope this helps you gain some insights on cloud computing and AI. Engati CX will be back with a new expert in a new episode soon. Stay tuned.

Now that you’ve got some great insights from Neil, catch our interview with Arjen Van Berkum's interview where he talks about the Future of Automation.

No items found.
Neil Cattermull is a genius on Cloud and is rated 3rd in the world by Sage for SME business advice and assistance Check out insights in the Engati CX community
Cloud computing & AI | Neil Cattermull | Engati CX

The 5 pillars of responsible and ethical AI

How to optimize your customer service using Machine learning?

A powerful new UX for your Engati chat systems