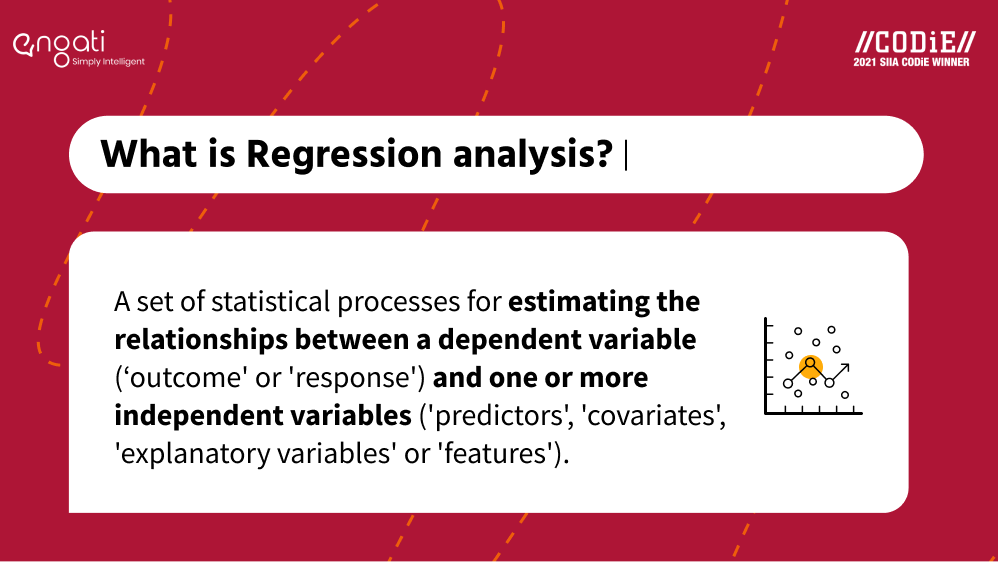 What is regression analysis?

What does a regression analysis tell you?

Regression analysis is a reliable method of identifying which variables have impact on a topic of interest. The process of performing a regression allows you to confidently determine which factors matter most, which factors can be ignored, and how these factors influence each other.

How does regression analysis work?

Then, establish a comprehensive dataset to work with. For example, handing out surveys to your audiences of interest is a terrific way to establish this dataset. Your survey should include questions addressing all of the independent variables that you are interested in.

Once you've collected enough data, you can begin investigating whether or not there is a relationship between these two variables. Start by plotting these data points on a chart.

Once plotted, you may see some correlations. Draw a line through the middle of all of the data points on the chart. This line is referred to as your regression line, and it can be precisely calculated using a standard statistics program like Excel.

There are several mathematical softwares that provide a formula for the slope of the line, which adds further context to the relationship between your independent and dependent variables.

You’ll notice that the slope formula calculated sometimes includes an error term. Regression lines always consider an error term because in reality, independent variables can never perfectly predict how the dependent variables behave. This makes sense while looking at the impact of supply on demand — there are clearly other variables that are contributing to demand outside of supply, like current trends, seasons, etc.

Your regression line is simply an estimate based on the data available to you. So, the larger your error term, the less accurate your line of regression.

What is regression analysis for?

As we've mentioned, regression analysis is a helpful statistical model to describe relationships between sets of variables. It can be used across organizations to identify trends, and actionable business insights.

Regression analysis produces a regression equation where the coefficients represent the relationship between each independent variable and the dependent variable. You can also use the equation to make predictions. The possibilities are endless.

The next time someone in your business is proposing a hypothesis that states that one factor, whether you can control that factor or not, is impacting a portion of the business, suggest performing a regression analysis to determine just how confident you should be in that hypothesis! This will allow you to make more informed business decisions, allocate resources more efficiently, and ultimately boost your bottom line.

Which regression model is best?

There are numerous types of regression models that you can use. This choice often depends on the kind of data you have for the dependent variable and the type of model that provides the best fit.

Linear regression, also known as ordinary least squares (OLS) and linear least squares, is the real workhorse of the regression world. Use linear regression to understand the mean change in a dependent variable given a one-unit change in each independent variable. You can also use polynomials to model curvature and include interaction effects. Despite the term “linear model,” this type can model curvature.

Linear models are the oldest type of regression. It was designed so that statisticians can do the calculations by hand. However, OLS has several weaknesses, including a sensitivity to both outliers and multicollinearity, and it is prone to overfitting.

To address these problems, statisticians have developed several advanced variants:

Like OLS, nonlinear regression estimates the parameters by minimizing the SSE. However, nonlinear models use an iterative algorithm rather than the linear approach of solving them directly with matrix equations. What this means for you is that you need to worry about which algorithm to use, specifying good starting values, and the possibility of either not converging on a solution or converging on a local minimum rather than a global minimum SSE. And, that’s in addition to specifying the correct functional form!

WhatsApp Integration for Business: How to Market Better? 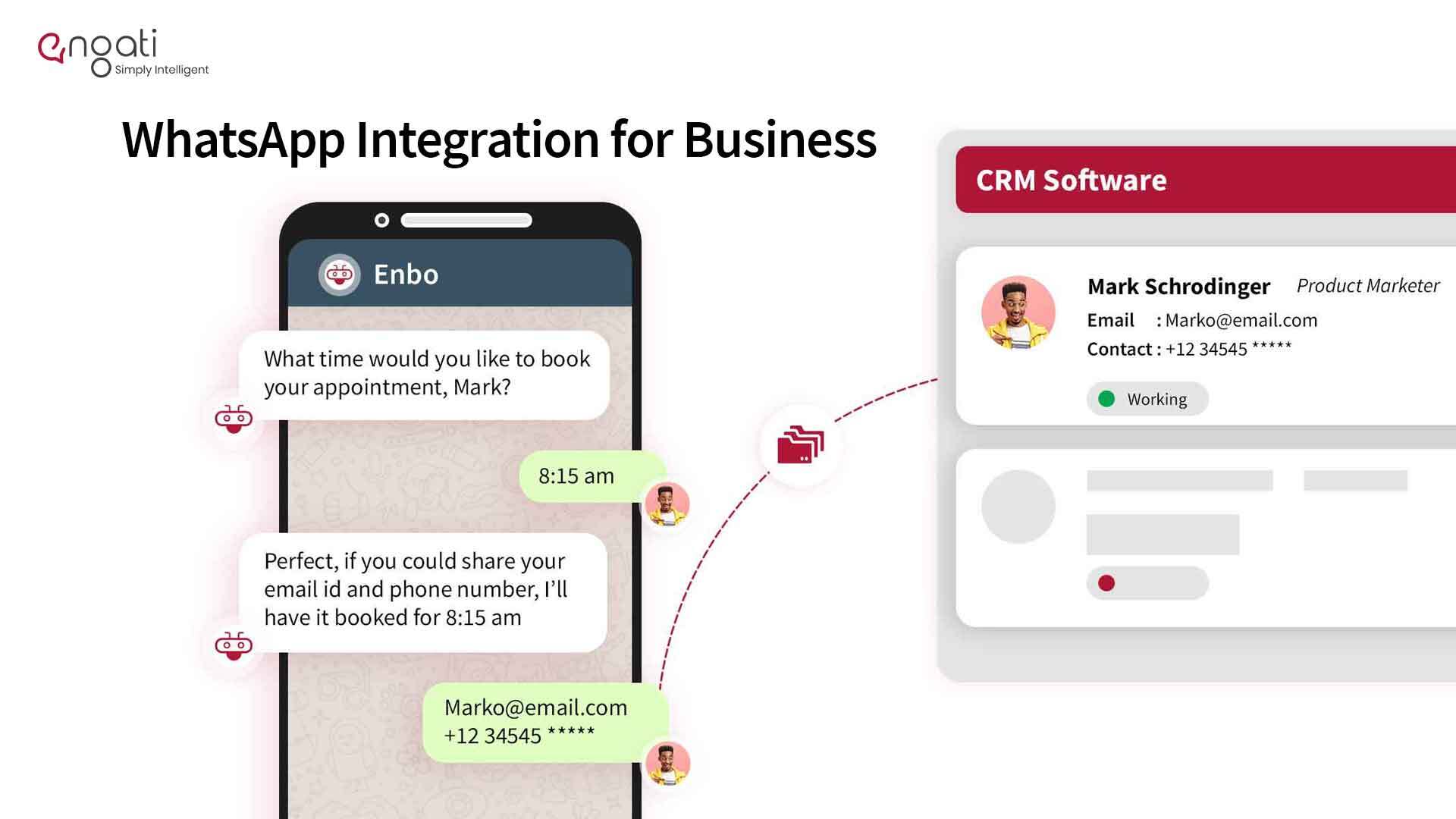 Click to Chat WhatsApp Ads - here's how it works 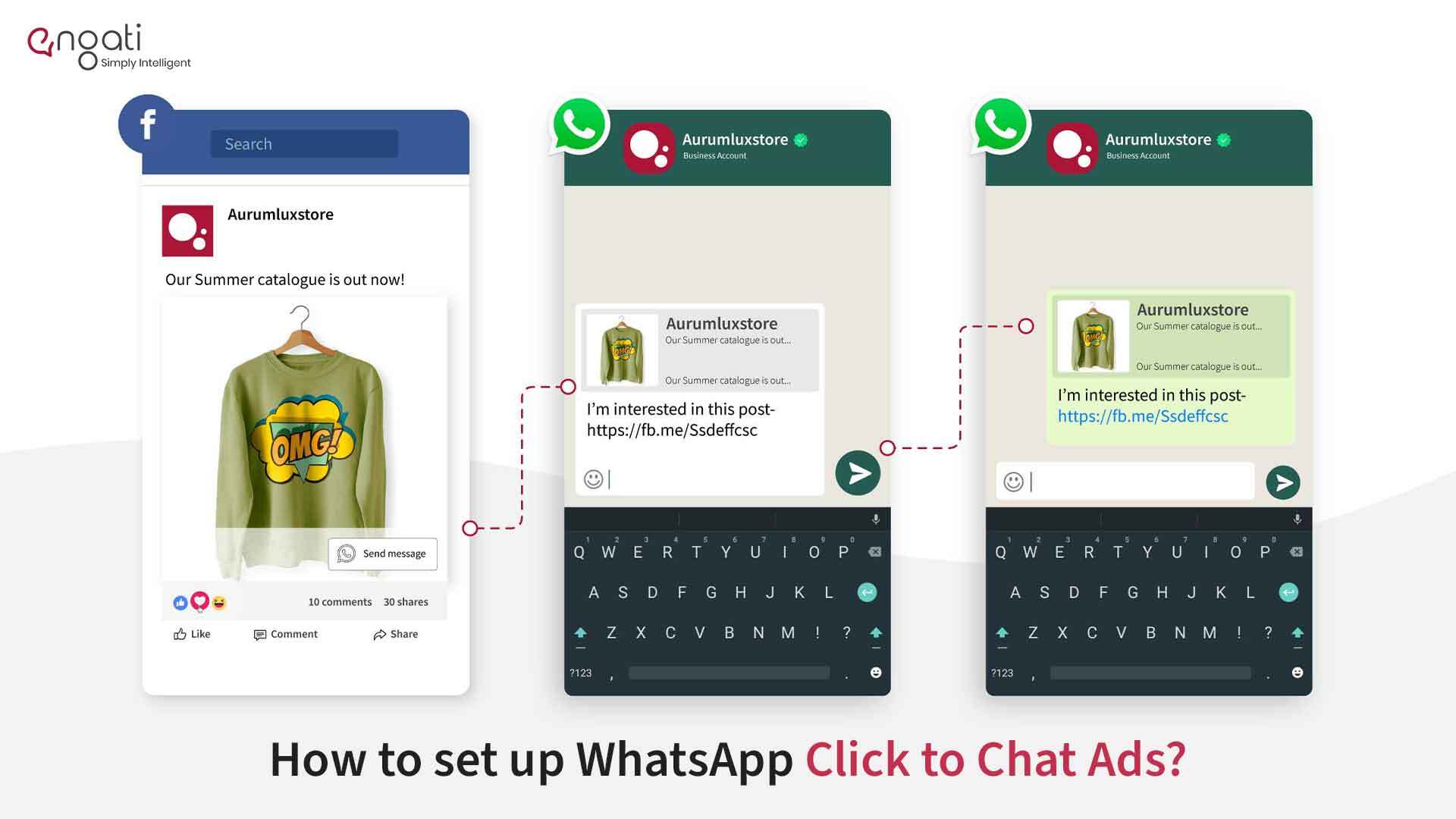