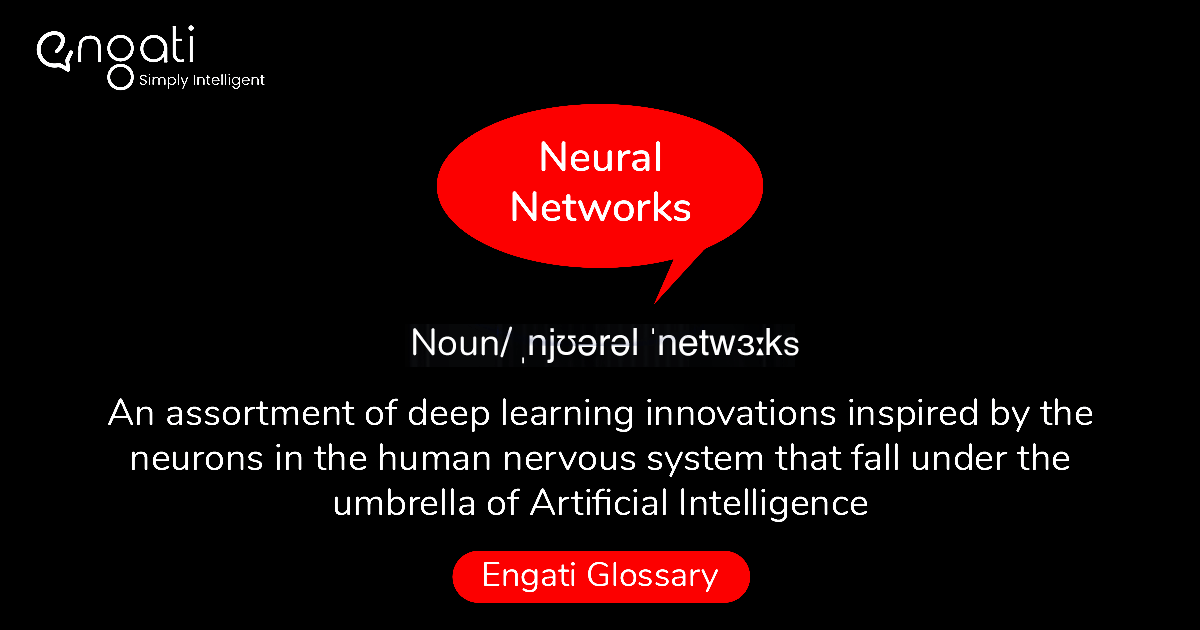 1. What are Artificial Neural Networks?

2. How do Neural Networks work?

A artificial neural network has multiple processors. These processors work parallely but are organised as tiers. The first tier gets the raw information similar to the optic nerve.
Each progressive tiers at that point gets input from the previous tier and gives its output to the next tier. The last output is processed by the last tier.

There are small nodes in every tier. The nodes are exceptionally interconnected with the nodes in the previous and next tier. Every node in the neural network has its own circle of information, including rules that it was modified with and rules it has learned.

Neural networks are incredibly versatile and learn quickly. Every node calculates the weight of the information it gets from the nodes before it. The inputs that contribute the most towards the correct output are given the most elevated weight.

3. What are the Components of a Neural Network?

AI Neural networks are structured based on the processes inside the human brain. These models impersonate the elements of interconnected neurons by passing inputs through a few layers of what are called perceptrons ('neurons'), each changing the information using a group of functions. This segment will clarify the segments of a perceptron, the tiniest part of a neural network.
‍
A perceptron comprises three primary mathematical operations: scalar multiplication, a summation, and using an equation to transform the inputs, also known as the activation function. Since a perceptron is like a neuron in the human brain, we can assemble multiple perceptrons to model a brain.

The inputs are essentially the measurements of our feature

Weights are scalar multiplications. Their responsibility is to survey the significance of every input, just as directionality. Getting these weights right is difficult, and there are a wide range of values to attempt.

The transfer function varies from different segments as it takes various inputs. The activity of the transfer function is to consolidate numerous inputs to yield one output with the goal that the activation function can be applied. This is generally finished with a straightforward summation of the inputs to the function. Prior to sending it to the perceptron, the value is modified using an activation function.

One component of the perceptron that is fundamental is one extra input of 1. It consistently remains the same, in each perceptron. It is multiplied by a weight simply like other inputs, and it allows the values before and after the activation function to shift, irrespective of the inputs. This permits other weights (actual inputs) to be explicit.

4. What are the Different Types of Neural Networks?

Various neural systems utilize various standards in deciding their own guidelines. There are multiple ANNs, each with their one of a kind qualities.

This is perhaps the most straightforward type of artificial neural network. In a feedforward neural network, the information goes through multiple input nodes until it arrives at the output node.

Basically, the information moves in a single direction from the first tier until it arrives at the output node. This is otherwise called a front propagated wave which is typically accomplished by classifying activation function.

A multilayer perceptron has at least three layers. It is utilized to categorize information that can't be isolated linearly. It is a kind of ANN that is completely connected. This is because each and every node in a layer is associated with every node in the next layer.

A convolutional neural network (CNN) utilizes a variety of multilayer perceptrons. A CNN contains more than one convolutional layer. These layers can either be totally interconnected or pooled.

Prior to passing the output to the following layer, the convolutional layer utilizes a convolutional procedure on the info. The network can be deeper but considering fewer parameters.

A Recurrent Neural Network is a kind of ANN wherein the output of a specific layer is fed back to the input, helping in predicting the outcome of the layer.

The first layer is similar to the layer in a  feedforward network. with the result of the sum of the weights and features. The recurrent neural network process begins in the following layers.

No items found.
VIEW OUR BLOGS