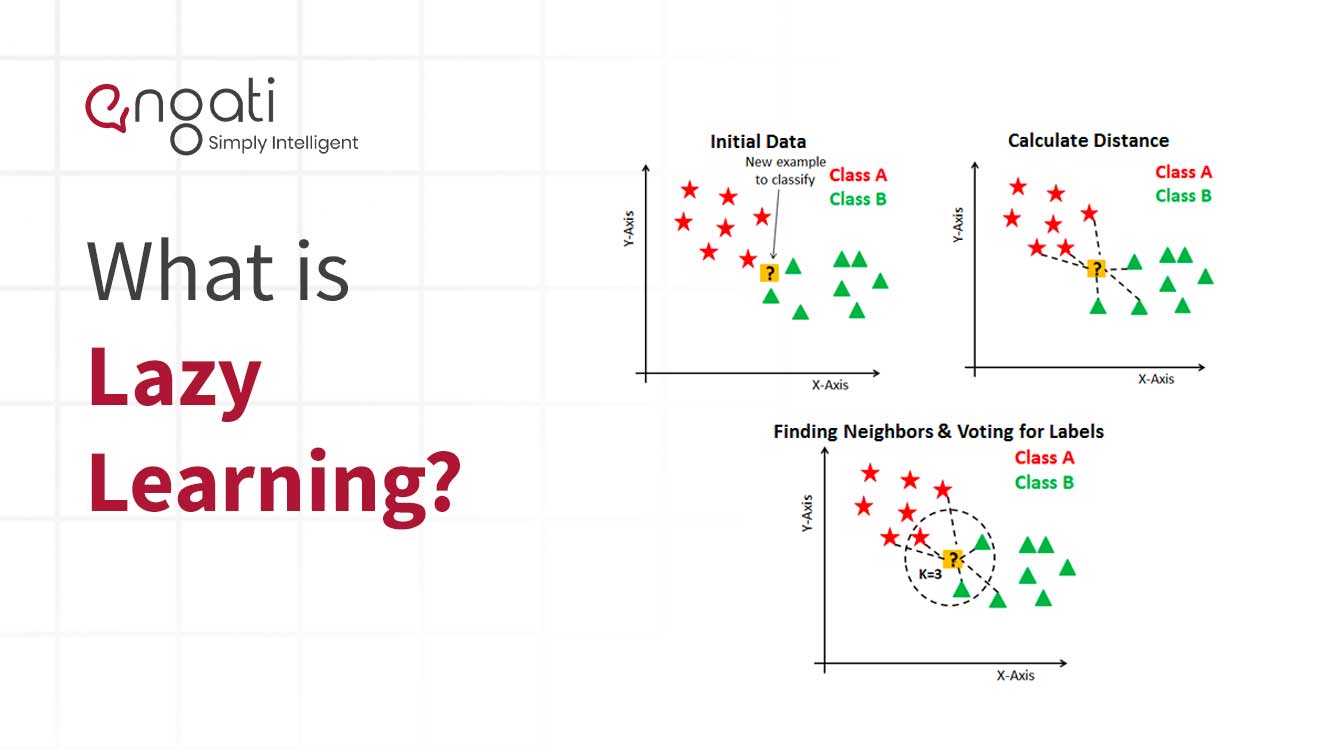 What is lazy learning?

Lazy learning refers to machine learning processes in which generalization of the training data is delayed until a query is made to the system. This type of learning is also known as Instance-based Learning. Lazy classifiers are very useful when working with large datasets that have a few attributes.

In a lazy learning algorithm, most of the computation is done during consultation time. Essentially, a lazy algorithm defers the processing of examples till it receives an explicit request for information.

Why is lazy learning important?

The main purpose behind using lazy learning is that (like in the K-nearest neighbors algorithm which is employed in online recommendation engines like those of Netflix and Amazon) the dataset gets updated with new entries on a continuous basis. Due to these continuous updates, the training data becomes obsolete in a short period of time. So there really is no time to have an actual training phase of some sort.

These lazy algorithms are very beneficial while working with vast, perpetually changing datasets that have a few attributes that are queried quite commonly.

What are some examples of lazy learning?

What is the difference between lazy learning and eager learning?

Lazy learning and eager learning are very different methods. Here are some of the differences:

Lazy learning systems just store training data or conduct minor processing upon it. They wait until test tuples are given to them.

Eager learning systems, on the other hand, take the training data and construct a classification layer before receiving test data.

In eager learning, the system needs to commit to a single hypothesis that covers the entire instance space, while in lazy learning, systems can make use of a richer hypothesis space because it employs multiple local linear functions to form its implicit global approximation to the target function.

Essentially, eager learning methods create a general, explicit description of the target function, based on the training examples provided. Lazy learning essentially postpones generalizing beyond the data stored until an explicit request is made.

Lazy learning is rather beneficial for complex and incomplete problem domains in which complex target functions could be represented by a collection of less complex local approximations.

What are the advantages of a lazy learning algorithm?

Here are the most significant advantages of the lazy learning method:

What are the disadvantages of a lazy learning algorithm?

Here are the most significant disadvantages of lazy learning: